Player 1 - Player 2 has a wonderful time at Geek.kon, however just hates those damn yellow lights!  More >>>

I cant stress enough how much I dread shooting at Geek.Kon. The con itself, is a wonderful con to mingle and be joyous. With plenty to do, a great deal of excellent cosplayers, and phenomenal conversations with fellow con-goers. Its just the Mariott hotel's lights clashes too much with my own equipment, and in return, causes a ton of the photos we took, to go to the trash. Unless our equipment becomes better, or Mariott changes their lighting, P1-P2 will probably sit out on photographing the next Geek.Kon.
​-(Player 1)

ACEN is a con you HAVE to attend every year. The cosplayers are out in full force for this midwest con, and you'll be running yourself ragged just trying to get everyone's picture. This is a con you have to treat like a battle. Have a plan, execute, and hold on to your butts. With an extensive list of panels, game rooms, and stupidly large vendor hall, ACEN is just impossible to do all/ see all. With so many in attendance it was just too easy to stand in one spot, and never see the same person. Thank you ACEN for doing half our job for us. :P
-(Player 2) 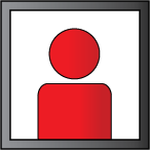 You gotta love driving less miles and getting much more than you expected. AMKE has always been a convention that continues to surprise me year after year. Its popularity continues to grow, the cosplayers are the nicest people, and even the staff is on point! The only thing I would change was the ability for P1-P2 to stay much longer than we could've. We only got to partake in AMKE for a day, and its a damn shame. We just cant get enough of this con, and we cant wait to go back next year with a plan for a longer duration. ﻿
-(Player 1) 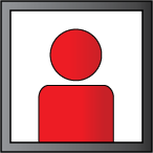 I was a little worried when I first walked into Kollision Con on Friday night. The visions of Kollision Con from back in 2013 had me all excited to be returning to this convention again. But something was different....... it was a ghost town. I took into account that the Hyatt was a bigger hotel than its previous venue, so the cosplayers would be spread out a bit more, but only a lonely group of Homestuck'rs were in direct sight. I began to panic and thought that I reserved a room at a wrong hotel. But after double checking with a few other attendees, I was in the right place. Luckily, Saturday flipped a complete 180 for the con. Waking up and hearing the soaring voices of cosplayers was the glimpse of hope we needed. The one thing i've always enjoyed with smaller cons is it tends to be more of a social experience. Everyone we met at Kollision was fantastic to chat with and it seemed more of a tighter community of cosplayers. No one seemed to be in a big rush and were more than willing to sit down and talk shop. The people we met at Kollision are the exact reason we enjoy going to cons.
Powered by